If you have made it this far, you will love this chapter. The article aims to showcase the gaming business models, specifically that Call of Duty Mobile’s. Equipped with information from this chapter and the previous one, you will gain a clear understanding of how to gamify your business. Without further ado

There are primarily three kinds of verticals within gaming businesses & industry.

The gaming business and its monetization models are fascinating. Call of duty Mobile (a.k.a CODM) makes money through four models.

Let’s deep dive into each of these models, and learn how gaming business models can help us implement new monetization frameworks within our products & services.

Please take note of the following to be able to understand the rest of the topics.

Battle Pass – Gateway to your wallet

As we start, I would like to show you something. Please take a few minutes of your time to watch it.

You may argue that it is just a game and that I am wrong. But every time after every game, I realise how important loyalty & Devotion are.
Show me something that excites you more than a perfect no scope
Tell me you’ve never felt the natural sensation all over your spine as you watch the bullet leave the barrel directed for the perfect headshot.
Gaming is not a leisure pursuit; it’s one common language when the whole fraternity stops to see the most spectacular moment everyone understands.
You are the hero; this is your story, this is your moment

I introduce the Battle Pass to you, ladies and gentlemen, boys and girls. This, by far, is the biggest revenue driver for Call of Duty Mobile.

Ironically, this does not make a lot of money by itself. Let me explain I showed you the trailer of 1 Battle pass above ( rust ). Let me show you “behind the scene” of the same Battle Pass. Gaming business is serious business .

Let’s have a closer look at Battle Pass & its impact on CODM gaming business.

“Bring me a bucket, and I’ll show you a bucket!”

Considering life, death, and what lies in between, this seems like insanity. That is, if you don’t go down the rabbit hole to eventually understand why it costs what it costs. Below, I will illustrate my journey of CODM and spending money within the Game.

Installed the Game sometime in Jan 2020.

Played the Game off and on. The gameplay made me feel like JOD.

It was getting serious now; I was eligible to play ranked. But was convinced not to spend.

Corona & Lockdowns, doubling down on Game.

Rust Battle Pass released. I spent money for the first time, convinced it was practically free.

And that’s how the Call of Duty monetization journey starts. As I mentioned earlier, gaming business is fascinating. Let’s continue with the other pieces.

After Battle Pass, bundles are the lowest-hanging fruit for players to consider. So what is Call of Duty Mobile bundles?

Bundles are a set of in-game item skins which have a fixed price. If you look at the images above, each bundle has 10 items. And each bundle costs 960 CP.

Pay 960 CP, and get all items. Players cannot choose some or a few items. It’s all or nothing for the price listed. This is the primary gaming business model.

But bundles aren’t “game enough.” They aren’t “real” gaming business models. There must be a monetization model, which is a game itself, right? Well, there is, and it’s called “Crates.”

Crates: You win a few; you lose a lot. Activision gains plenty

This is where it starts to get real. You know what you want to buy, but don’t know how much you would spend to get it. How do Crates work?

If you have played other games or understood some of the Casino frameworks, it would be easy to understand crates. If you haven’t, let me take a shot at explaining how crates work.

To give you context, the only time I pulled from a crate, I spent ₹ 6000 to get what I wanted 😩

It is impossible for me to know the breakdown of Activision revenue by different models. However, in the circle of a few hundred people I know, players generally don’t pull crates due to 2 reasons.

Lucky Draws – Your luck, your choices

Activision hit the jackpot with lucky draws. Few games have implemented this ( even Pubg doesn’t have Lucky Draws). This monetization method is so smooth; it has kept me up at night thinking about all the possibilities.

What are Lucky Draws in Call of Duty Mobile?

“I generally avoid temptation unless I can’t resist it.” 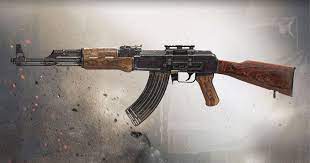 If you had one shot, or one opportunity, To seize this gun for Rs 10, Would you capture it or just let it slip? ( Original lines by yours truly ) Call of Duty’s gaming business model is top-notch, and so is its design team. They create some of the best weapon skins. They do an even better job of selling them. This is how Lucky Draw works

They only need a trigger for a player to like one particular Draw and bam. The player is sucked into making a couple of draws; there is no turning back.

But that is not all. Waiting for players to “like” a specific skin to trigger is a slippery slope. CODM & Activision make their own luck.

What are “Balance Changes?”

Balance changes are a phenomenon of making changes primarily to the properties of a gun through “buffs” & “nerfs.” A significant buff will turn a gun into “meta.”

CODM decides which gun will be meta and close to meta; it then releases a Legendary Lucky Draw skin for that meta.

Players rush to try their luck, as they want to compete for the leaderboard.

As an entrepreneur, I have heard so much about the potential of microtransactions, especially in an economy like India. No one has pulled it off like Activision and its gaming business, though.

Their Lucky Draw mechanism isn’t just dependent on “Whales” ( high spenders). Instead, they want to make money from many “fishes” in the sea. 1% of whales spending up to Rs 4000/ draw, and 10% spending upto Rs 100 / draw.

The possibilities of microtransactions through gamification of Apps and products are exhilarating. With that thought, let’s complete the gamification of Zomato we started in the previous chapter.

Chapter 2 covered the gamification of Zomato to great lengths; this section concludes its gamification.

In the previous chapter, we looked at gaming elements like Core & Meta Gaming & Character Progression of Zomato.

If you would notice, all the efforts CODM puts into Core Gaming, Meta Gaming, and Character Progression are finally monetized through Personalisation & Customization. We did the same for Zomato.

In this chapter, we built a monetization loop over those gaming characteristics.

This concludes our exercise to gamify Zomato. As the product manager for your own product, you can now easily gamify your App/ Website/ Platform.

I hope you like reading this as much as I enjoyed writing it. The final chapter left will cover topics I am most excited about. It will cover my understanding of the gaming business, its outlook & opportunities within & outside the gaming industry.