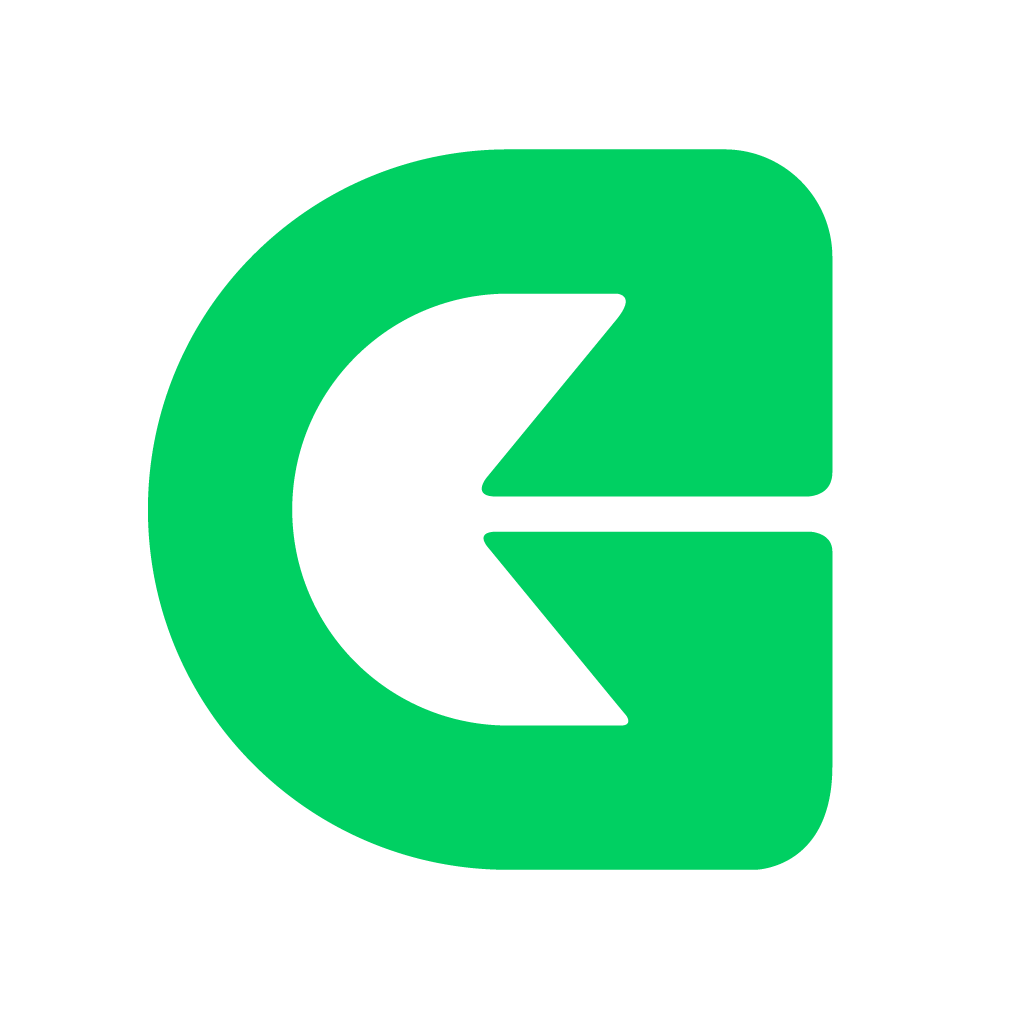 Everything that I have mentioned in previous chapters, all the knowledge I have gained playing games ( and developing too ), boils down to explaining my thoughts about opportunities & trends in gaming Industry. I don’t need to tell you about the Market Size of Gaming. We all already have the idea. I will get down to “My Understanding” of opportunities within the gaming space.

But before I do, let’s have a quick recap of gaming history

Contents hide
1 A brief history of Gaming
2 Gaming Platform
2.1 But Arpit, can’t YouTube & Facebook extend themselves to gamers?
2.2 When Discord is working flawlessly, then why is another platform required?
2.3 Hard to believe? It seems like; undoubtedly, gaming content is democratized like others?
2.4 What else do mobile gamers want from a dedicated platform?
3 Blockchain & Gaming
4 Developing Games
4.1 Why its extremely difficult to develop a successful Game right now
4.2 My failed ( yet successful ) attempt at Game Development
4.3 Does it mean independent studios/ creators shouldn’t create games at all?
5 Conclusion

A brief history of Gaming

Before we look at Trends in gaming Industry, let’s briefly examine its history. It took 50 years to understand where to fit in “gaming.” Once we did, the growth was enormous. What worked in the late nineties through the 2000s doesn’t work now.
In those times, secret “quests” & easter eggs were the significant hooks for studios. With the advent of information and its accessibility, that doesn’t work anymore.

Let’s look at exciting trends in gaming Industry in games, consoles, and their evolution.

PS 1 launched, and some of the initial successes were Raymond, Street Fighter, and Tekken.

iPhone launched, and the games which took Appstore by the storm were Angry Birds, Talking Tom, etc

What I am trying to get your attention to is the fact that the games which were launched when the hardware of gaming consoles/phones was in the nascent stage created an IP around in-game characters.

The difference is we all know who Super Mario Bros was, but only Call Of Duty fans would know who Simon “Ghost” Railey is.

We will examine why I discussed the characters and their popularity when discussing opportunities.

With this thought in mind, let’s get into opportunities and trends in gaming industry. There are primarily three opportunities within Gaming Industry, as I see it.

Let’s get into the details of each one

If you are good at something or have a unique skill set or experience you believe you can monetize, which mediums would you venture for exposure? If you are good at writing, you will turn to a blog. You will try your lunch with YouTube if you are good at creating audio/ visual content. If Micro entertainment is your game, TikTok/Reels would be the obvious choice.

Where do you go when you are good at playing video games? Let me illustrate how gamers, especially mobile gamers, try to get visibility. Well, not really. In Chapter 1, I described Discord, and anonymity is provided to gamers. That is opposite to the nature of YouTube and Facebook. Discord not only understood this but nailed it.

Let’s look at some core differences between Discord and Facebook/Youtube.

When Discord is working flawlessly, then why is another platform required?

Now that boys and girls, ladies and gentlemen, is a great question. Discord does a great job of bringing gamers together to fulfill one need, “build community & relations.”

Unfortunately, what it doesn’t do is let that community have reach and visibility, which gamers can later monetize. That’s what’s most important to gamers who want to make a living out of gaming

With everything you have heard about games and Gaming, this must be extremely difficult to accept. Surely there must be some platform made for mobile gamers? Well, there is just one (but not for mobile gamers). Steam by Valve corporation.

But it’s only for PC gamers. And it’s a private company. There is no way to tell the revenue they make, but this link has some estimates.

Steam is also the developer of some of the most famous gamers, namely

And there is no way they have any plans to get into mobile Gaming. Not for the foreseeable future. Why do you ask? That’s a topic for another day.

Returning to Mobile gamers and Gaming, here is a thought for you to chew on.

Guess how many Call of Duty Mobile creators has more than a million subscribers on youtube?

A game with gamers spending billions of hours every month has 1 content creator of substance.

Look, I told you, the problem is real.

There is an urgent and current need for someone to create a platform for mobile gamers. Someone will make it at some point in time. And whosoever will control the gaming landscape more than Apple, Google and Tencent.

What else do mobile gamers want from a dedicated platform?

There are so many things that would comprise an ideal platform for gamers. From steaming to content creation. From content distribution to consumption. These are the most obvious ones. Let me discuss the ones that aren’t as obvious.
There are two such non-obvious areas that a gaming platform must have.

The rise of e-sports and scrims

Let me first explain what a “scrim” is. A scrim is a practice/ test match between 2 teams. Scrims are where boys and girls grow to be e-sports athletes.

E-sports is a fast-growing sub-segment within Gaming. It’s estimated to be $1.5 B Globally. And it’s growing at an astonishing pace. To understand the magnitude of e-sports, digest this

The peak concurrent view on Hotstar was 13 million

The final League of Legends world championship concurrent views ( across platforms ) was 73.8 million

And that’s why I cannot emphasize enough why any platform which has to be developed for Mobile gamers must incorporate Scrims and e-sports frameworks.

Teams should be able to schedule, record, rank, share, and coordinate their activities on the platform.

A place to create and showcase stats!

What if I told you that the most sought-after sub-community within Gaming is not of streamers or pro players?
The most sought-after guys are the stat guys. They regularly dissect the game and any associated changes and inform everyone else about them. For example

They are, in some sense, a “coach” to players.

Unfortunately, these guys don’t have a platform to monetize their skills. For them to be able to showcase their talent truly, they need a platform that can support numbers as input and translate them to “charts” ( extremely game-specific charts, though)

This pretty much wraps up a mobile gaming platform as an opportunity. Let’s now move to the next topic.

This section will probably be the shortest out of all the 4 chapters.

As we begin with this, let me first narrate a story.

What I tried narrating through the story above is the experience of anyone who plays Call of Duty Mobile. The frame I mentioned is referred to as OG Legendary frame.

I have heard a lot of discussions lately about putting such digital assets on blockchain by creating games on the blockchain.

What’s important to understand is that the assets exist because of the “experience” within the game. An asset without such experience is just an asset without much of value.

Hence, the 1st step should be to develop great games with such experiences.

Game development requires such a different skill set, though. If you are someone who plans to develop a game, the following section could be of some help.

As much as I am fascinated by games, and developed a few myself, my suggestion to anyone who asks me for ideas for game development today is the same. Only for now, if you have lots and lots of money.

Why its extremely difficult to develop a successful Game right now

My intention is not to discourage, but let’s look at some of the facts

My failed ( yet successful ) attempt at Game Development

Let me share my journey of doing the same. In 2012, we released a casual game for children/teens ( we knew it would resonate even with adults) by the name of Talking Jerry bros. These mice did stupid things. Everyone loved those.

We wanted to create humor the way we had seen it while growing up, and we were going great.

It was going great, and then we made a blunder when glory seemed inevitable. We decided to shift from Jerry Bros to a hardcode gaming genre. And does that haunt us today?

If we had focused on Jerry Bros, they would have probably become a household name now.

Instead started working on an action game called “Guardian of the World.” and put all our energies into it.

We made a mistake, and we learned our lesson. And hence I am sharing our experience with you to help you make a judgment accordingly.

Game development is a fiercely competitive landscape. Those who create IPs, add the most value over time.

If I were to develop an FPS like CODM, I would have to think hard about monthly updates.

All Activision has to do is go back to one of its many successful games, pick an element ( gun/character/skill), and add it as an update.

Does it mean independent studios/ creators shouldn’t create games at all?

Well, no, but I have a much better proposition as a suggestion.

We are only a few years away from meaningful AR/MR/VR adoption. Hence I propose

And this, ladies and gentlemen, boys and girls, brings me to the conclusion of this 4 part series.

In this four-part series, we were able to

I hope you had as much fun reading it as I had writing it. Until next time – Arpit